Getting to know your ABC… 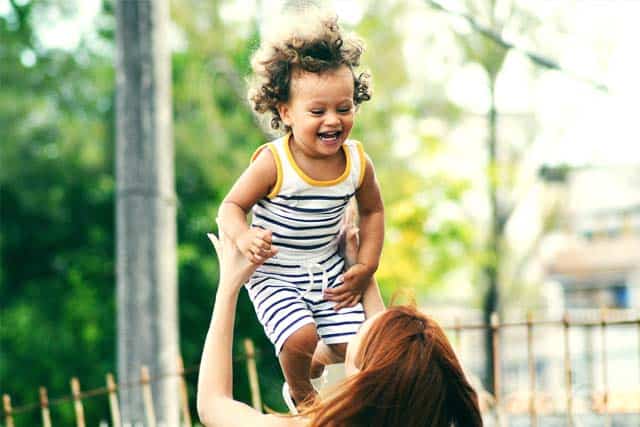 The birth of a new child is often the time when parents are first introduced homeopathy, because it is safe, gentle, effective and non-toxic.

If you are new to homeopathy here is an easy way to remember some simple nursery remedies.

Please note – The preparation and process of making a homeopathic remedy renders it safe and non-toxic.

A is for Aconite

The remedy is prepared from the plant Aconitum Napellus, which produces poisonous berries. Also known as Monkshood because of the shape of its flowers. Legend has it that the ancient Greeks would use Aconite poison on the tips of their arrows.

Known as the ‘nip it in the bud’ remedy, it is often used in the early stages of any complaint. The onset of symptoms may be preceded by a shock or a fright, or may come on after being exposed to a cold, dry wind. Many parents use this remedy in the early stages of croup. The child may be thirsty, usually for cold drinks, and if the child has a fever one cheek may be red the other pale.

B is for Belladonna

Also known as Deadly Nightshade, it is another poisonous plant. The literal translation of the name is ‘beautiful woman’, and dates back to Renaissance times. Women would try to look alluring by dilating their pupil with Belladonna drops. Even today, eye surgeons use a medicine made from the plant in order to dilate the pupils of the eyes.

Wherever there is redness, heat, and a pain that is throbbing, Belladonna is the remedy to turn to. In the case of fever, the face may be flushed and the eyes dilated, but hands and feet remain cold to the touch. In the case of earache, the ear may be red and hot to the touch and the pain might be described as throbbing. Complaints may come on after having hair washed, or cut. The child may have a fear of dogs.

C is for Chamomilla

The remedy is made from a daisy like plant that opens its face to the sun. The herb Chamomile is prepared as a soothing tea and is also used in cosmetics. It is said that the ancient Egyptians dedicated Chamomile to their sun god and valued it because of its healing qualities.

What is noticeable is that the child is angry, irritable, and constantly complaining. For example, they might demand to be picked up, and then immediately demand to be put down. Any pain will be made worse from touch. The child might be described as inconsolable. Parents find this remedy useful for teething and earache.

To find out more about how homeopathy can help, call 07529 779 877, or email carmel@hovegardenhomeopathy.co.uk for a free 15 minute, no obligation, online or telephone consultation.

Please Note: Homeopathy treats the whole person and not named diseases. None of the above is intended to replace medical advice.

We use cookies on our website to give you the most relevant experience by remembering your preferences and repeat visits. By clicking “Accept”, you consent to the use of ALL the cookies.
Cookie settingsACCEPT
Manage consent

This website uses cookies to improve your experience while you navigate through the website. Out of these, the cookies that are categorized as necessary are stored on your browser as they are essential for the working of basic functionalities of the website. We also use third-party cookies that help us analyze and understand how you use this website. These cookies will be stored in your browser only with your consent. You also have the option to opt-out of these cookies. But opting out of some of these cookies may affect your browsing experience.
Necessary Always Enabled
Necessary cookies are absolutely essential for the website to function properly. These cookies ensure basic functionalities and security features of the website, anonymously.
Functional
Functional cookies help to perform certain functionalities like sharing the content of the website on social media platforms, collect feedbacks, and other third-party features.
Performance
Performance cookies are used to understand and analyze the key performance indexes of the website which helps in delivering a better user experience for the visitors.
Analytics
Analytical cookies are used to understand how visitors interact with the website. These cookies help provide information on metrics the number of visitors, bounce rate, traffic source, etc.
Advertisement
Advertisement cookies are used to provide visitors with relevant ads and marketing campaigns. These cookies track visitors across websites and collect information to provide customized ads.
Others
Other uncategorized cookies are those that are being analyzed and have not been classified into a category as yet.
SAVE & ACCEPT